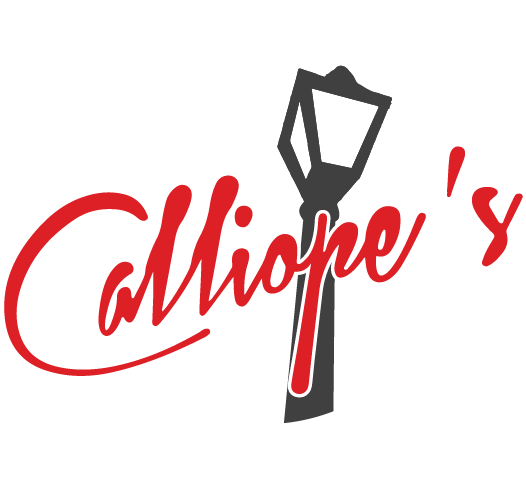 With roots deep in the soulful soil of South Louisiana and a love of sharing Cajun and New Orleans culture with our guests, Calliope’s offers guests a taste of our beloved Louisiana home.

Calliope’s journey started almost 30 years ago in Hattiesburg, Mississippi, with its first restaurant called Peter’s Poboys. Many think Calliope’s is a musical instrument or family name. However, those are not where the name stems. Calliope is the name of the street leaving the French Quarter, taking you to I10 leading to Houston.

Truong and Celine, the owners, have their own story to tell about how Calliope’s came to be. The story starts back in 1995 when Truong’s Mother, Linda, opened their first restaurant. It quickly gained popularity and success as it grew to three locations. As the years passed, Linda’s children grew up and moved away for college. After settling in Houston, those same children decided it was time to carry on their Mother’s legacy and opened what is now Calliope’s Poboys Restaurant.

After over 10 years of recognized success in Houston, Truong and Celine have decided it is time to share the brand they have built with others and help them build their own legacy with a Calliope’s franchise.

Calliope’s model is very different from other seafood restaurants. Calliope’s is the only cajun seafood restaurant in Houston with a drive-thru, yes, high quality, fresh, Cajun Style with an average ticket time of just 6-8 minutes. But, this is not ‘fast-food,’ it’s fresh food done fast.

You will love sharing the sounds, feel, and flavors of Louisiana with your guests when you bring the distinctive fresh-baked French bread, the flavor of our boiled crawfish, the taste of the French Quarter, and more to your neighborhood.

When you join the Calliope’s Poboys family, you are joining a community-minded business that will allow you to have more control over how much money you make and how much time you have to enjoy the finer things in life. Calliope’s is a proven business model that has been successful for over 30 years. We work with renowned operations consultants to offer a franchise package that will provide all the tools needed to set you up for success. 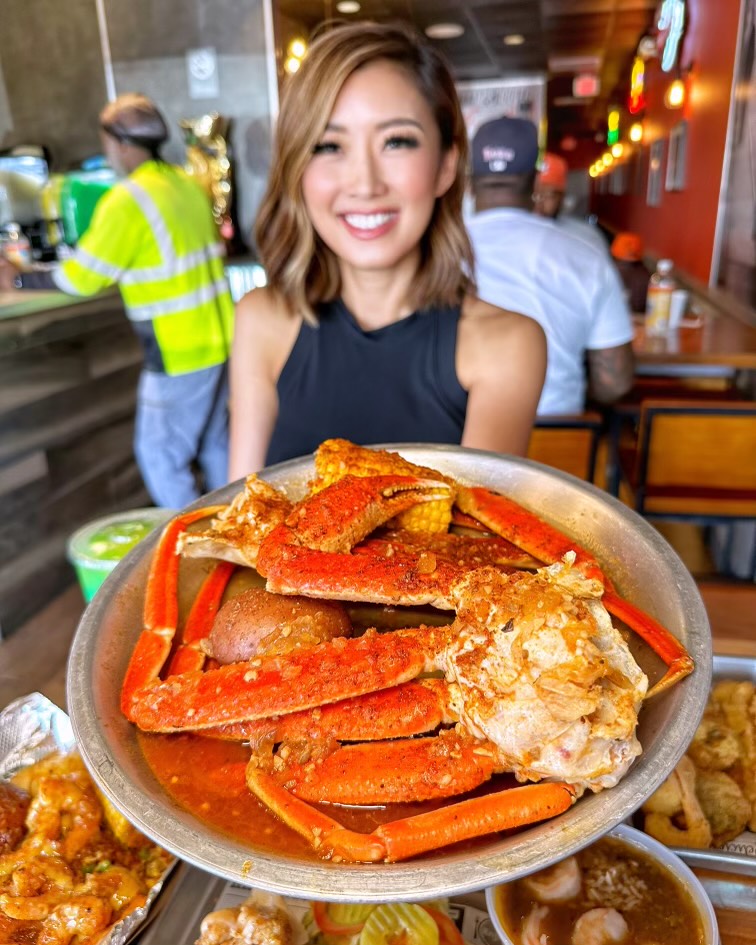 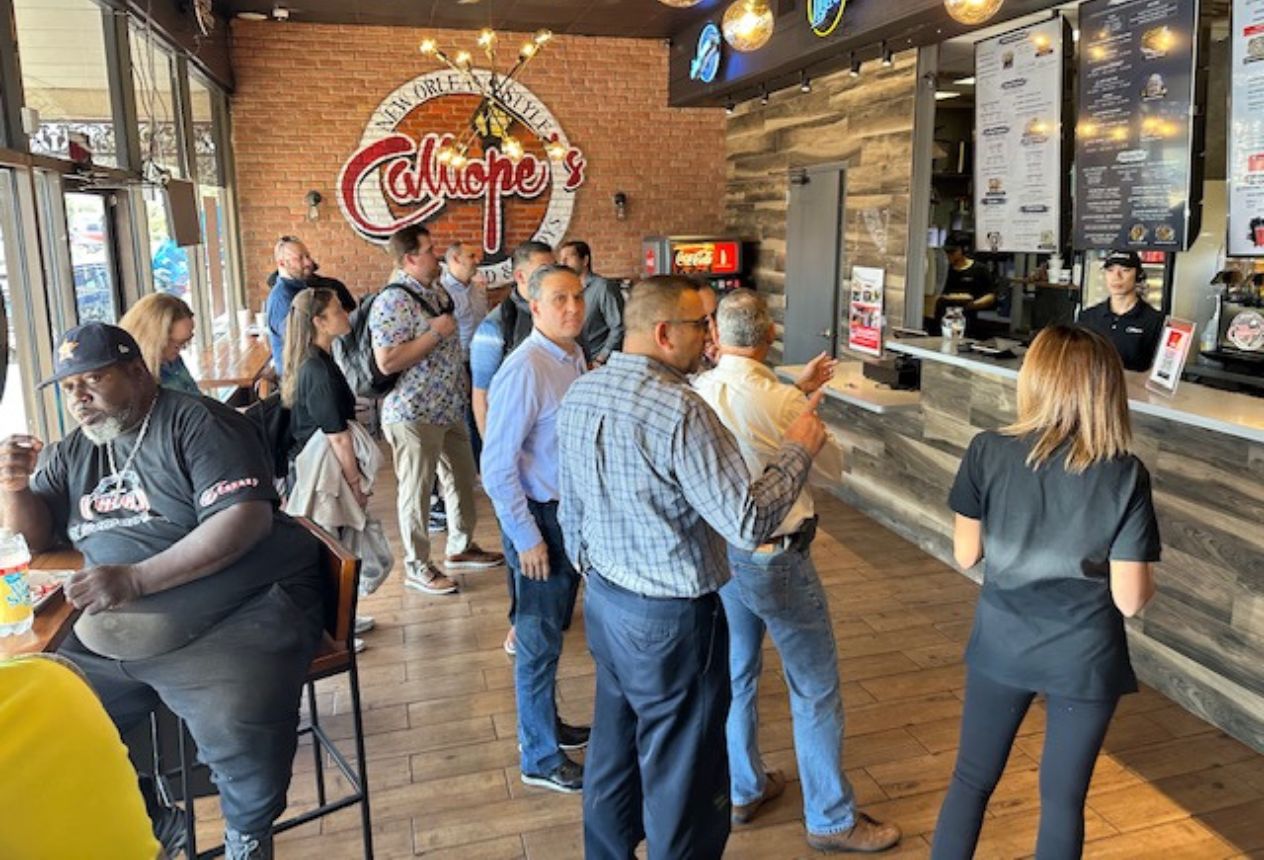 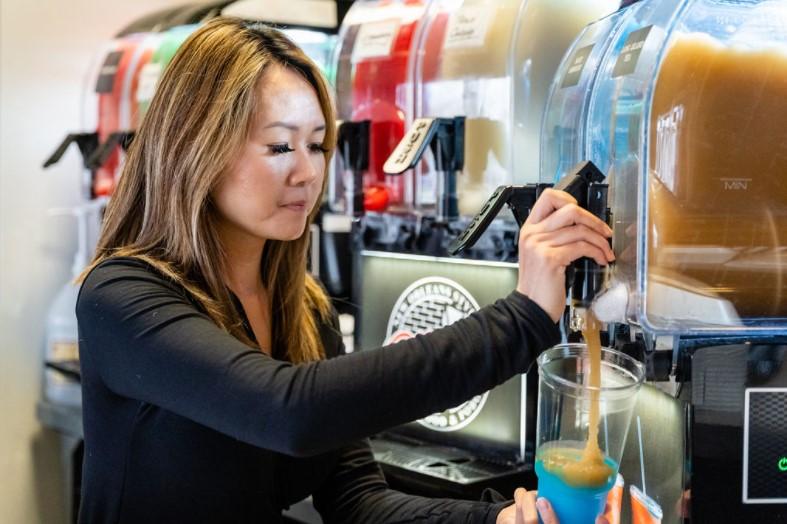 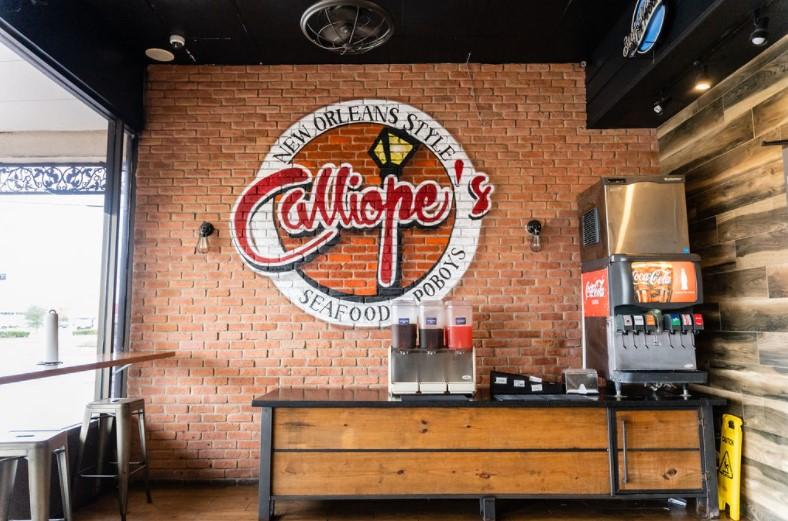 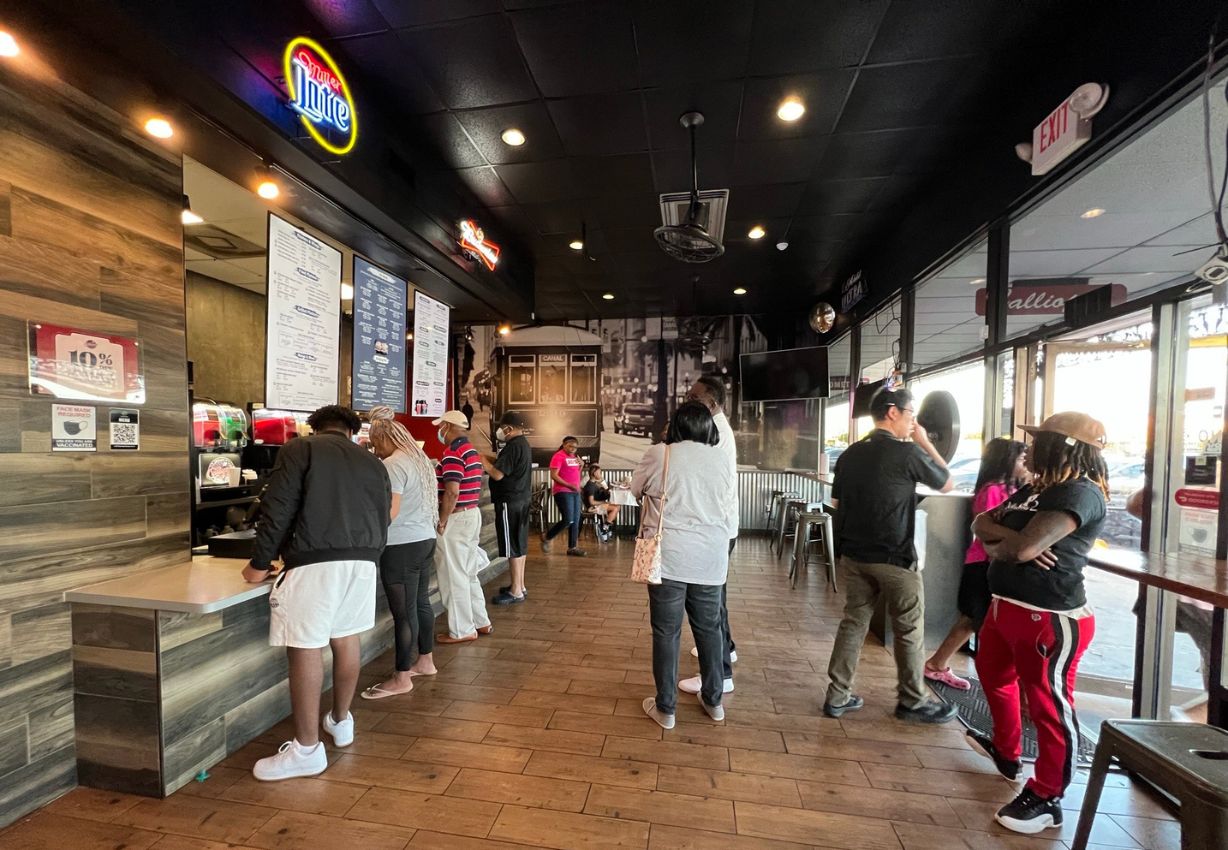 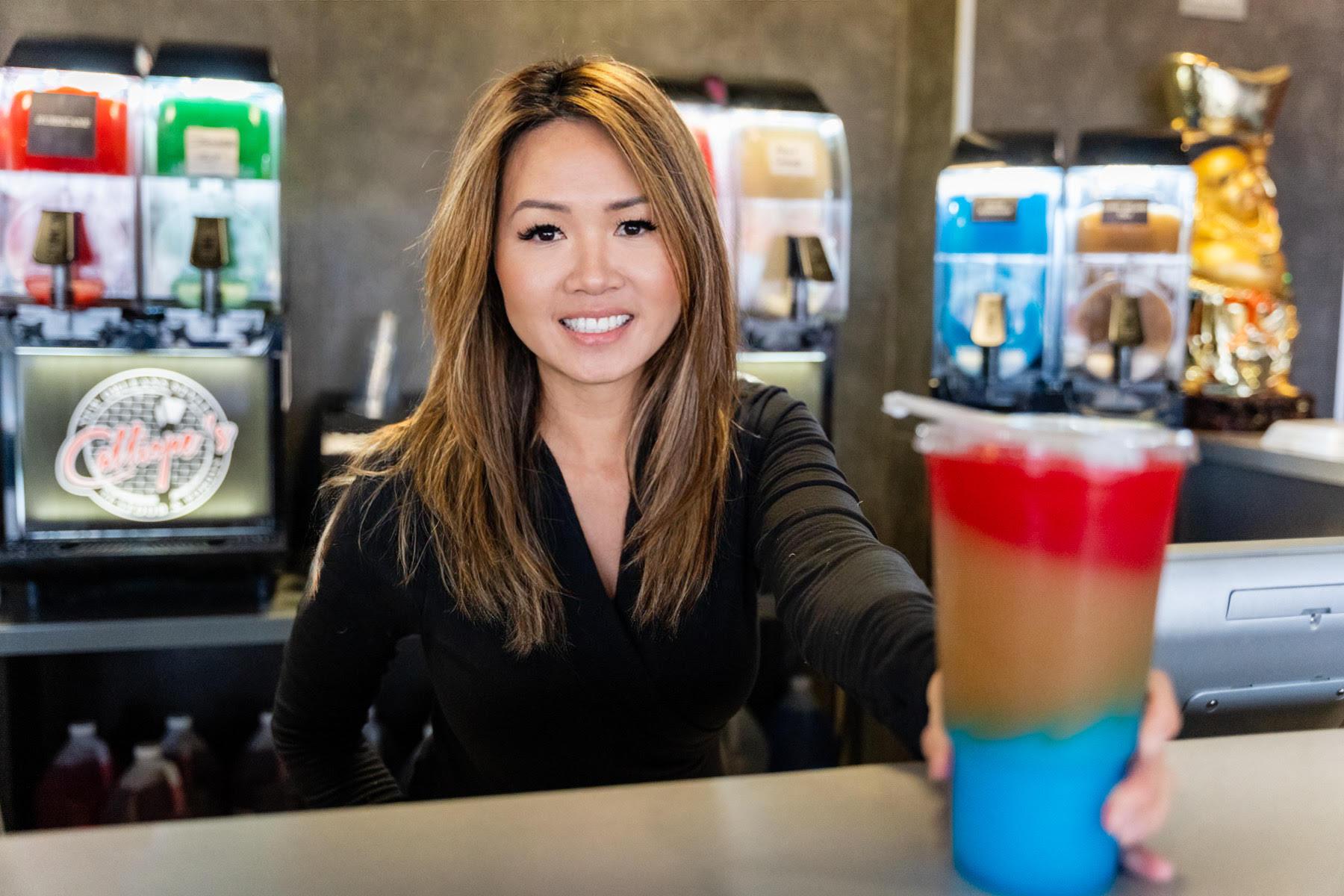 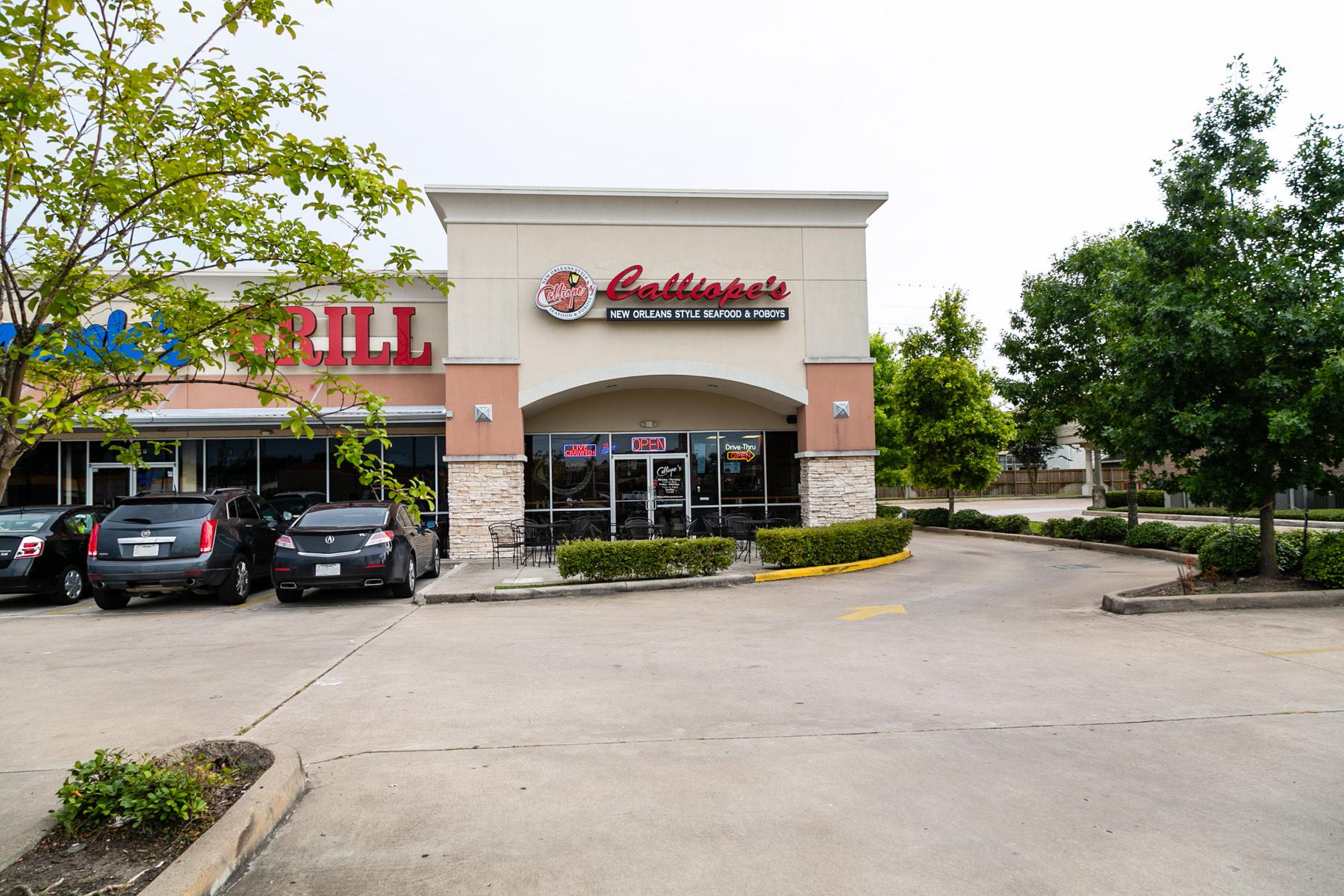 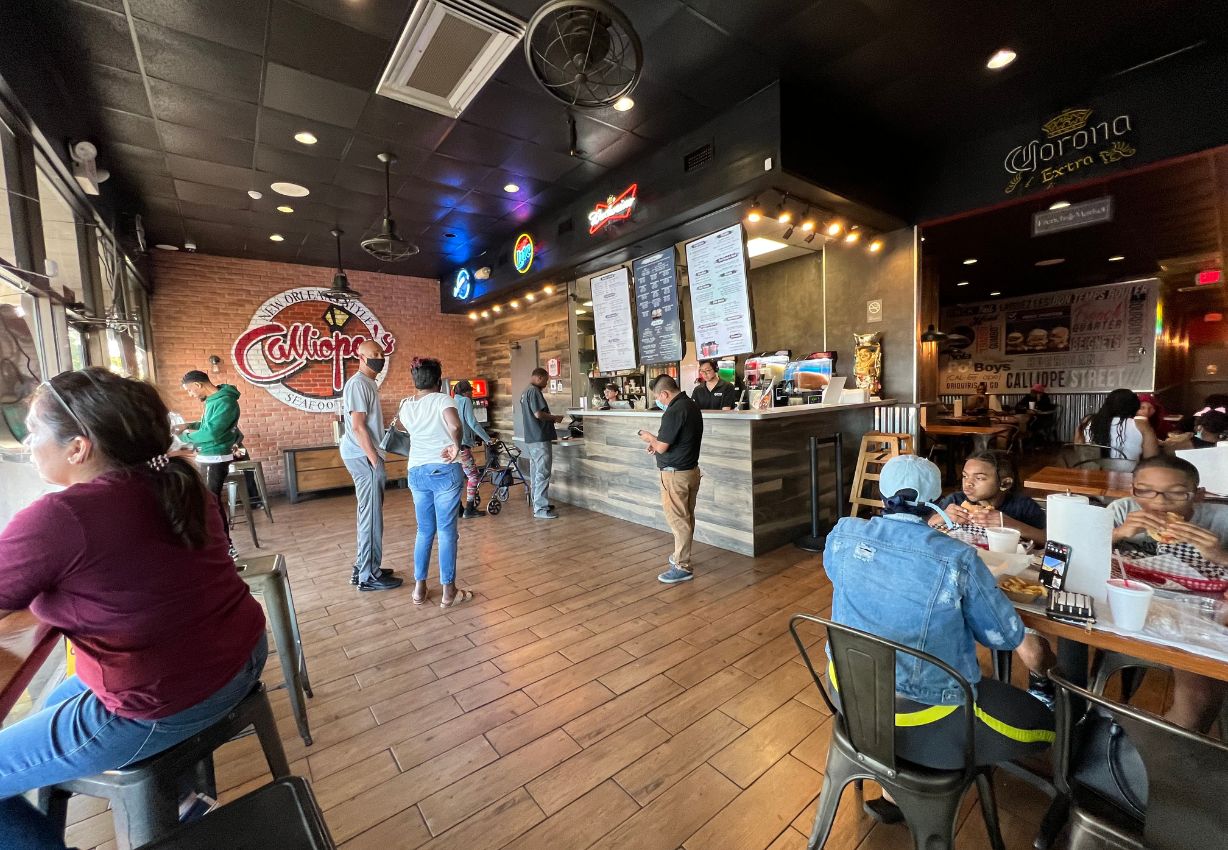 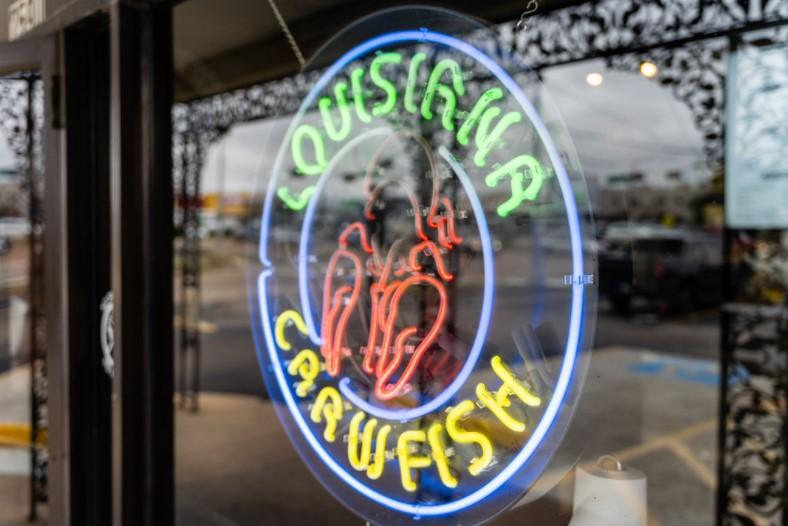 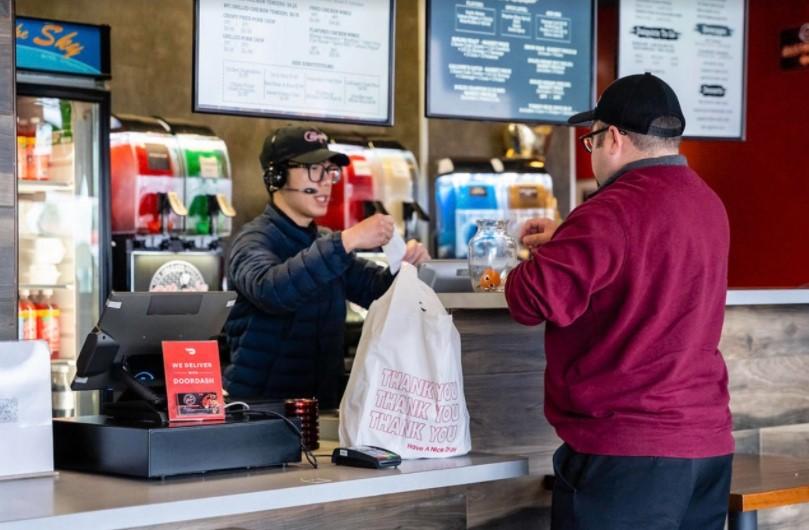 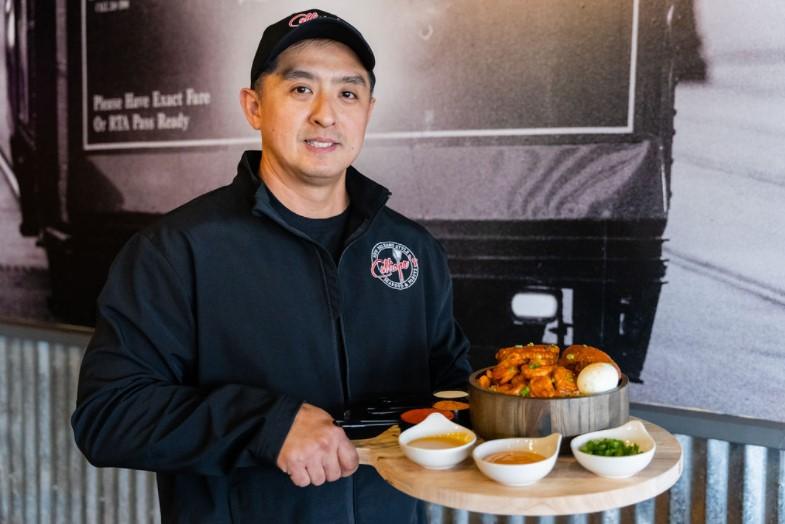 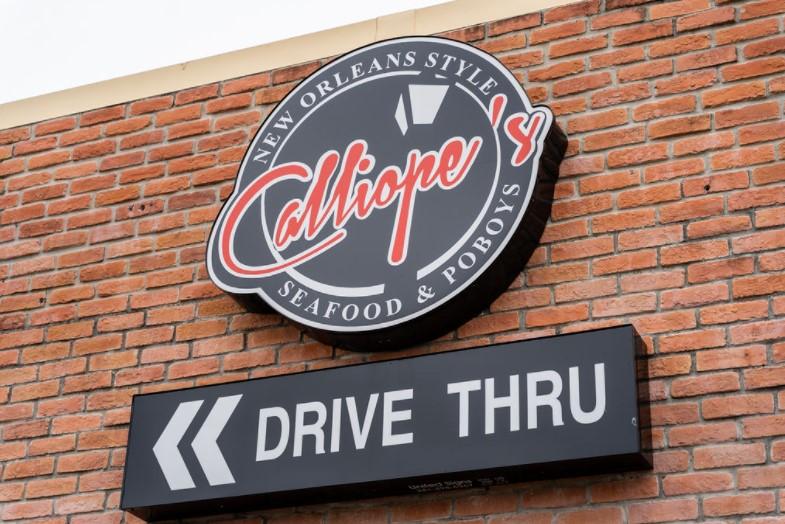 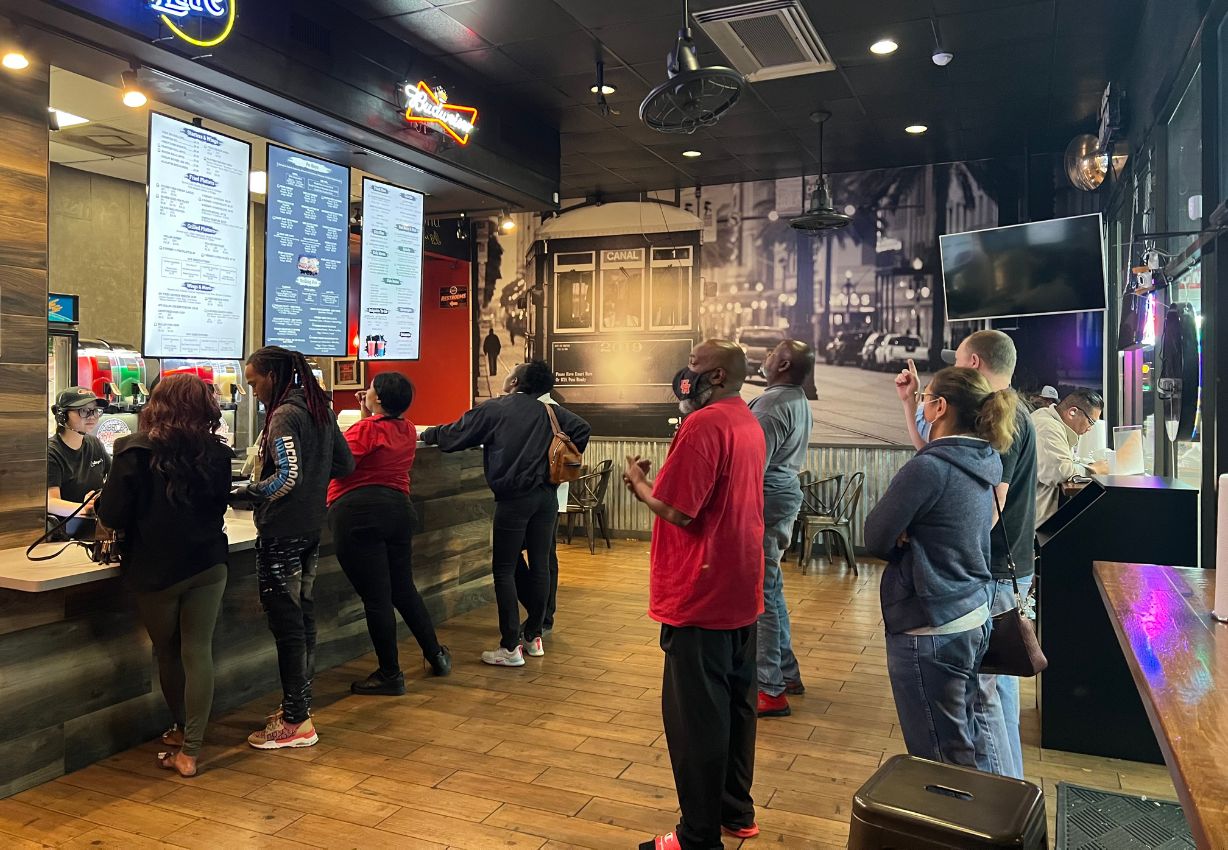 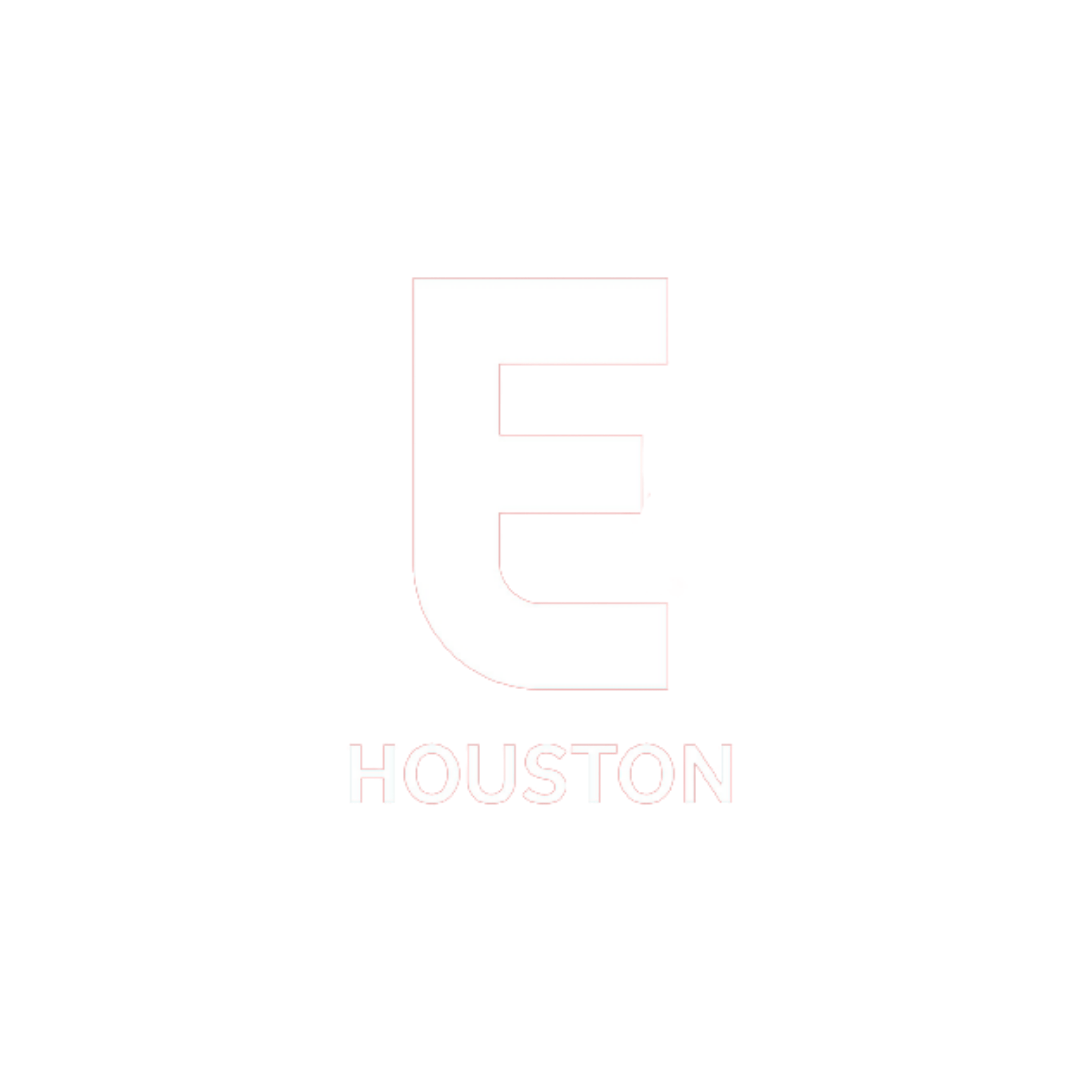 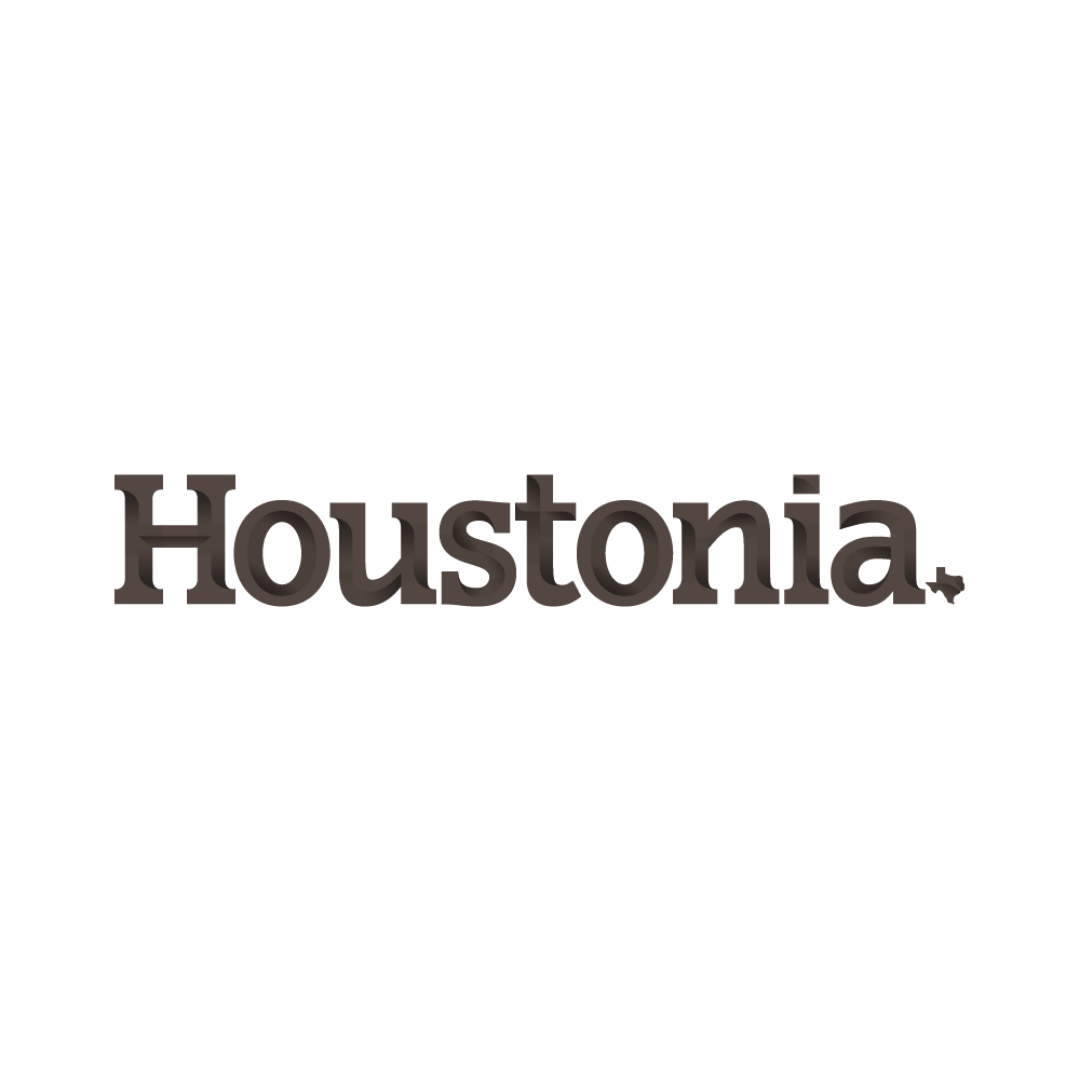 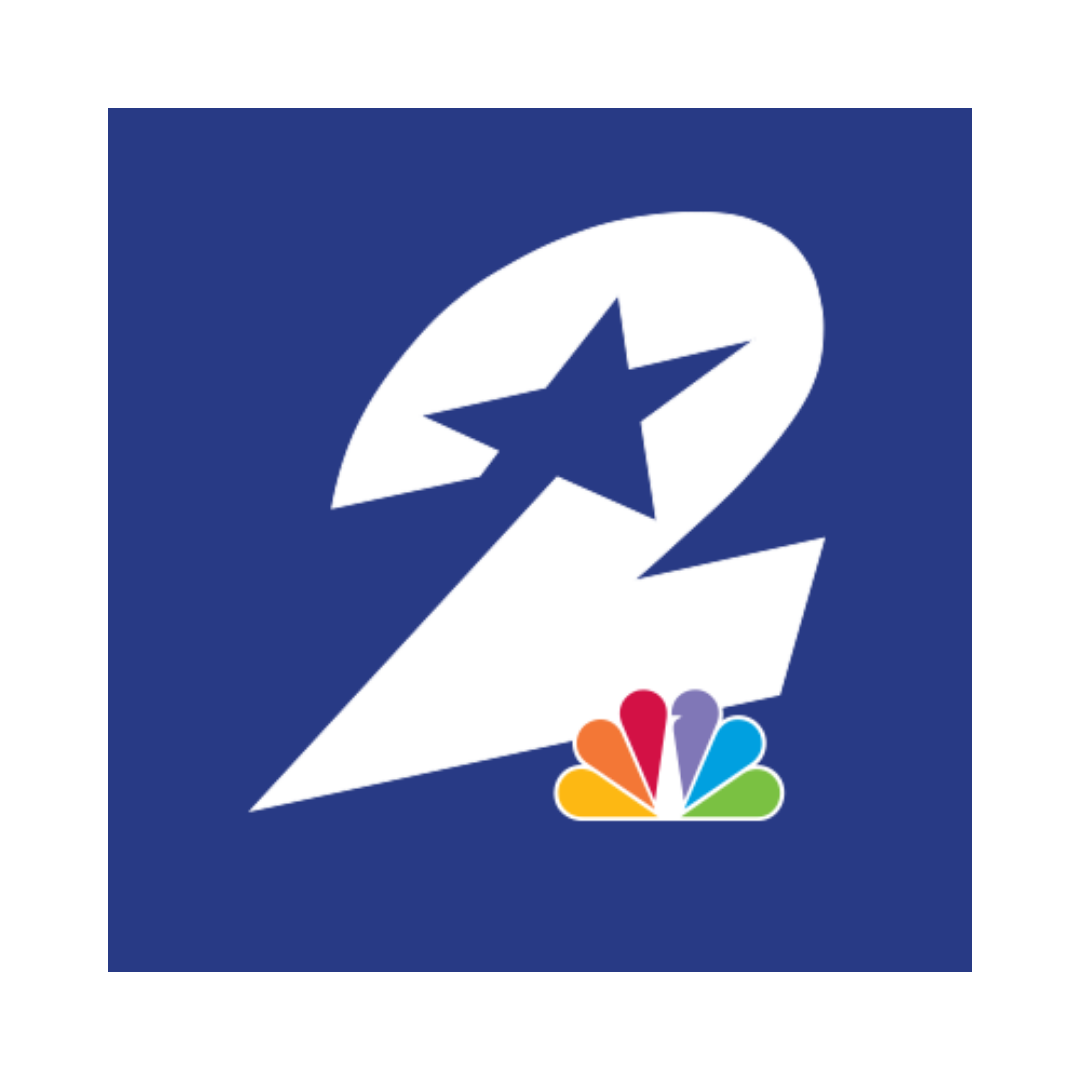 6% of the
Gross Sales

How to get started? 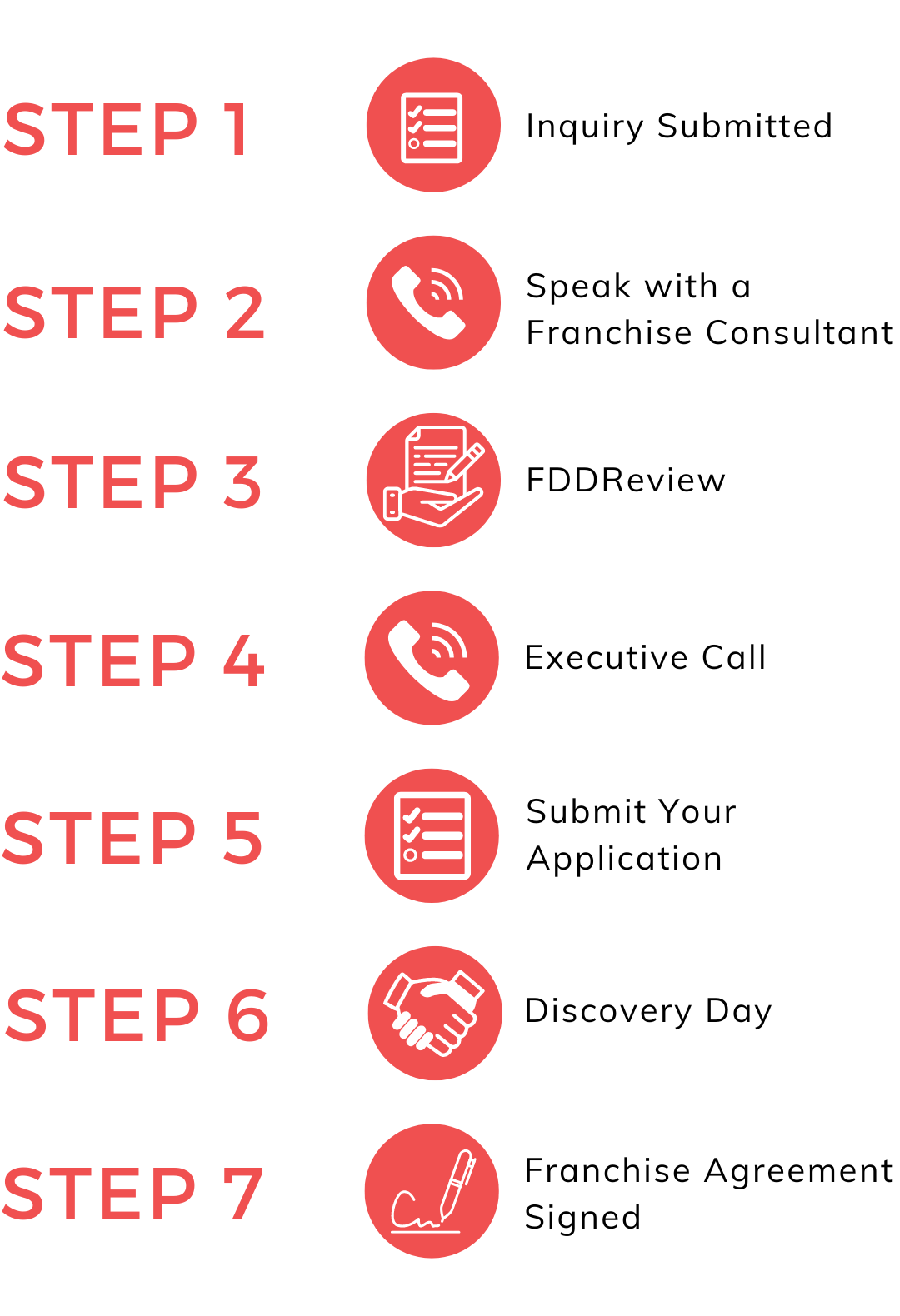 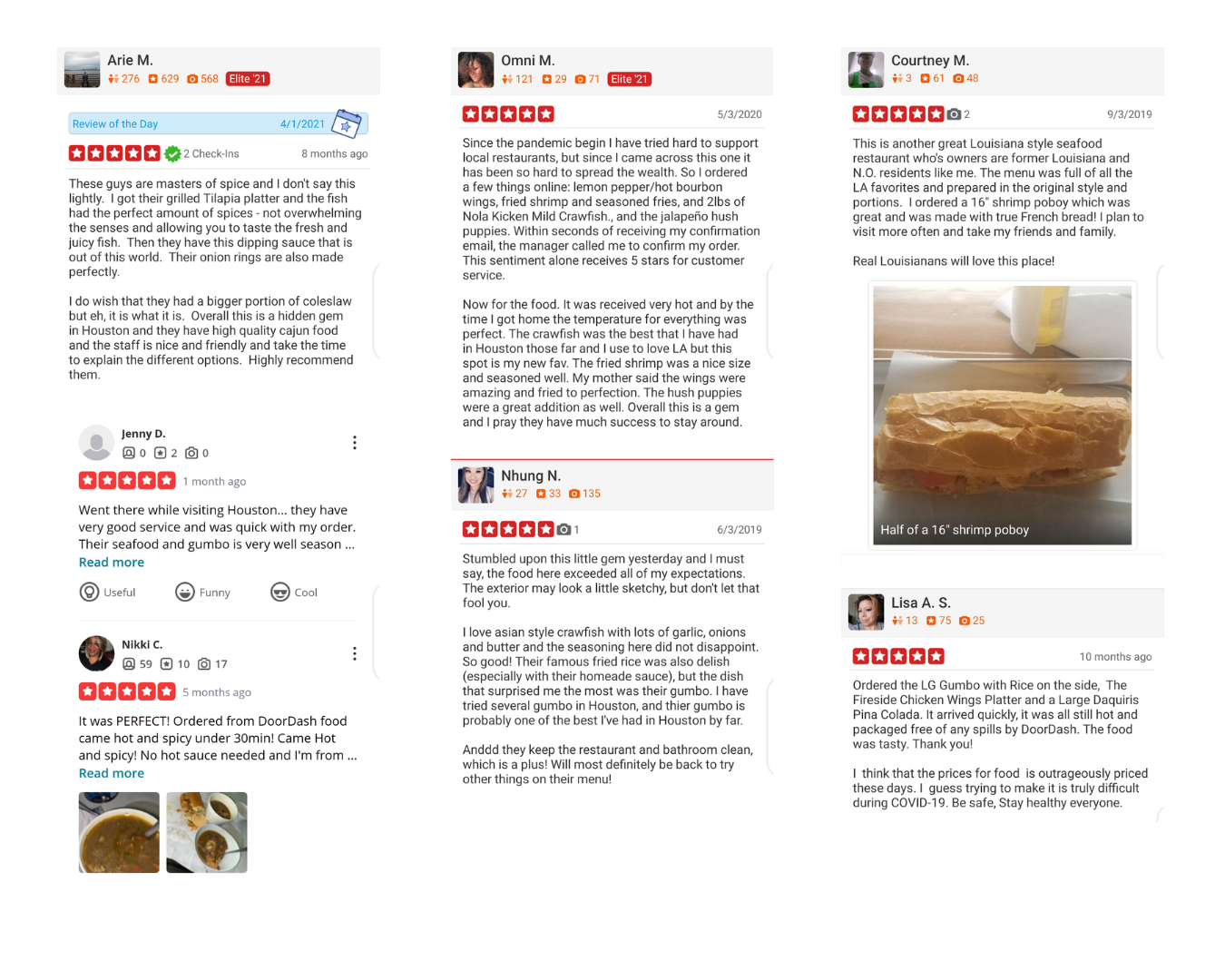 A Message from Calliope’s…

We have a passion for Louisiana seafood and that is what powers the Calliope’s Poboys franchise. Our goal is to set you up for success and help build your confidence with everything you need to be successful. We have worked hard for the last year with the best of the best franchise consultants to construct a system that allows you to open your very own Calliope’s as quickly as possible. Using an operation, marketing, and management plan that is tried and tested to give you everything you need for success. Every piece of business advice we will share has proven itself over the past 30 years.

Also, you are not in this alone. We will be beside you every step of the way. Even after you are well on your way, we will always be here for you as will our team and our trusted network of vendors. We look forward to you becoming part of our family 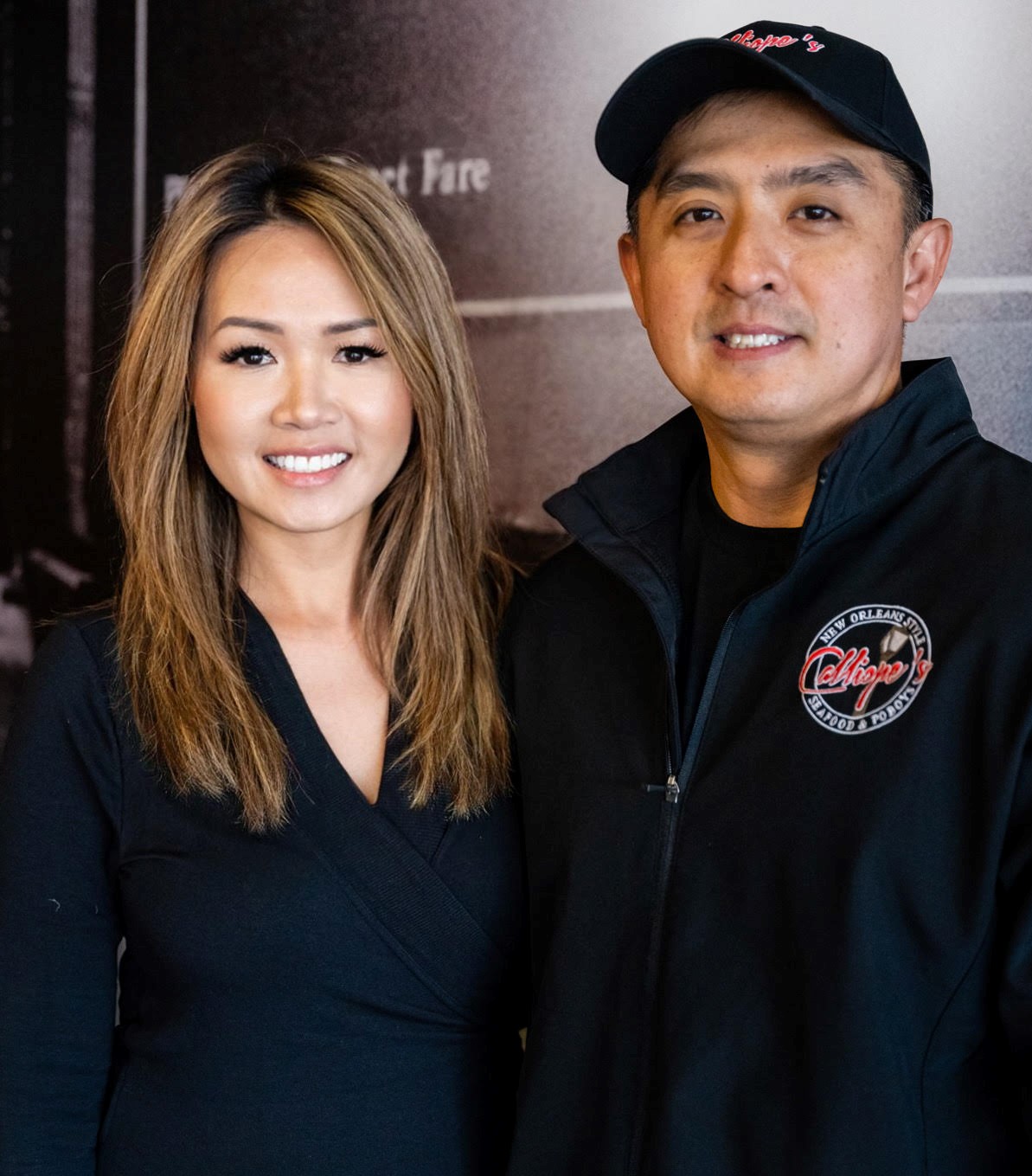 Got questions about Calliope’s Poboys Franchise?

Fill out the inquiry form, and we will reach out to you to discuss the details and answer any questions you may have.

What is the initial franchise fee to open our first location?

The initial franchise fee is $35k.

What is the royalty?

The royalty is 6% of the Gross Sales.

What are the required local advertising expenditures?

A local advertising of 1% is required.

What is the required Brand Development marketing fund?

A brand development marketing fund of 2% is required.

What is the term of the franchise agreement?

The term of the agreement is ten years with up to two renewal terms of five years each.

Who is responsible for finding the location?

As the franchisee, you will be responsible for finding and developing the franchise restaurant location. Calliope’s Poboys will support you by providing an expert third-party commercial broker to assist you with finding a location, as well as submitting your site package to the company for acceptance review.

What licenses and/or permits are required?

Calliope’s Poboys works with you to ensure that you have the necessary permits and licenses needed to open and operate your franchise. It may vary by City and State. Calliope’s Poboys will guide you to the proper resources necessary to comply with local regulations.

How long is the franchise training and development program?

Our dynamic training and development program will be four weeks. You will get hands-on training at both a Calliope’s Poboys restaurant and at your on-site restaurant when it opens.

How much does a Calliope's Poboys franchise cost?

How big of a space will I need?